Decorating my heart for Christmas

It’s Christmas time again at the Jones’.  I get just as excited as the children at the thought of decorating our home for the Christmas season.  However, I know that it is even more important for me to “decorate” my heart with the truth of God’s word.  With that in mind, I went back to read the Christmas story from the book of Mathew and ditched the mindset of “I have read this so many times and I already know what happens.” 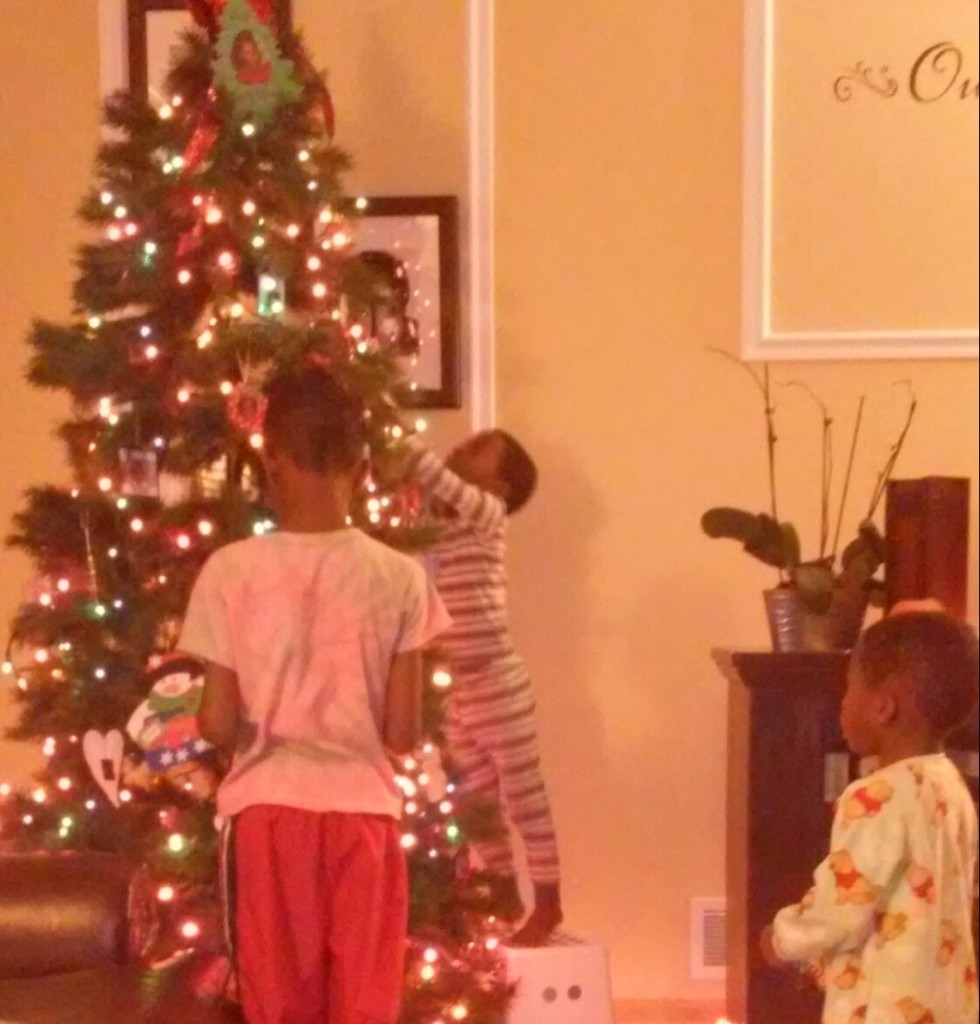 In Mathew 1:18-19 we learn that Joseph was engaged to be married to Mary and she was a virgin; not an exception in those days but the expectation.  However Mary ends up pregnant and it was not by Joseph!  It is certain Joseph was hurt and felt betrayed but even in his pain he purposed not to humiliate her.  He instead decided to break it off privately.  It was heavy on his heart and  he went to bed thinking about this thing.  Ever been there, weighed down with concerns as you go to bed…I have. The Lord saw his heart, saw his pain and provided an answer of peace while Joseph was sleeping.   Mathew 1:20 says as he considered this, he fell asleep and the angel of The Lord appeared to Him.  The angel of the Lord brought clarity to his situation.

Here it is Joseph was in a major life altering dilemma.  It is almost certain that he was hurt by Mary’s seemingly betrayal, but he opted not to put her on blast.  Wow!  What is your first response when you think you have been wronged by someone?  Do you look for every listening ear to broadcast the offense, only causing the wound to go deeper?  Do you immediately go on a revenge mission seeking to inflict the same pain you are feeling?

The explanation given to Joseph and his response blesses and convicts me all at the same time.  The angel of The Lord tells Joseph that the child Mary is carrying was conceived by the Holy Spirit.  Now let’s just be honest here, the explanation just did not make sense, it was foolish…at least in the natural. A virgin getting pregnant by the Holy Spirit?  What?    Who has ever heard of such a thing?  But Joseph didn’t question the explanation, he knew it was from God and that was enough.   He did not go asking for a second opinion. When God tells you to do something, do you wait for it to make sense before you act.  I have learned that I have to be ok with not understanding all of God’s directives, I have to trust that He is God and He knows best.  We often want to wrap our mind around all God is saying before we sign on the dotted line, give up on that method, it is pretty ineffective.  Truth be told, we often won’t understand it all because the plan is always so much bigger than we can comprehend.  Humble yourself, trust God and say Yes!

Joseph didn’t even know what he had stepped into, here God takes this ordinary boy and makes him one of the key characters in the greatest story ever!  In Mathew 1:21-23 the angel tells Joseph that the baby is going to be a boy, name him Jesus and oh yeah, he is going to save his people from their sins.  Then the angel of the Lord tells Joseph all of this is a fulfillment of the prophecies  that were given about the savior.  I  mean can you imagine, receiving all this news in one night.  Jesus simply means “The Lord Saves.”  So in other words, Joseph’s yes brought salvation to the world!  How can your yes to the seemingly impossible bring salvation to others?  Or consider this, how can your no hinder the salvation of others. Your disobedience does not only affect you.  Don’t hinder the flow, play your part and say yes.

My prayer is that you will be  encouraged to decorate your heart with obedience this Christmas.  Stay tuned for part two of this post.  Be blessed!